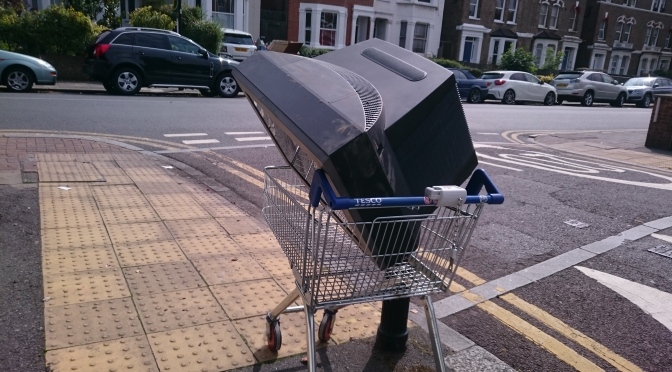 TV licence payers have reacted angrily to news that the BBC will be peddling another pile of repeats and tired old formats over the festive period this year.

This latest remake of the Dickens classic, starring Rory Kinnear as Bob Cratchit, Gemma Whelan as Mrs Cratchit and Toby Jones as Scrooge, will be inescapable at 8.00pm on Christmas Day.  Olivia Coleman is probably in it as well.  If you don’t fancy that, the alternative on BBC2 at the same time will be a 4 hour ballet filmed live in Rome a few years ago.  There will be a film on late at night that you would actually like to watch, but you’ll be too tired and drunk to stay up.

Fans of the Third Reich will be pleased to hear that BBC4 will be helping us ring in the new year with 6 hours of festive documentary series Hitler and The Final Solution on New Years Eve.

Giving up your job and becoming a full time landlord of your very own property portfolio is a dream many of us aspire to. With house prices set to continue rising at an alarming rate in London and the South east, smug people who started buying up properties before prices went completely doolally are opting to rent them out for as much money as possible, in a bid to become extremely wealthy.  However, many of these landlords are beginning to feel the pinch as tenants become ever more demanding about health and safety.

“One of my tenants is insisting that the bare wires hanging out of the light switch in the kitchen is dangerous, and that I pay for an electrician to fix it. It’s ridiculous; I’ve told her if she doesn’t touch them she’ll be fine.  Anyway I’m going over there tomorrow to stick some gaffer tape round them to shut her up.”  So says Margate landlord Janusz Beloc.  “I’ve got a portfolio of 11 properties and every single one of my tenants has moaned about something. One of them reckons the mouldy wall in his bathroom is giving him pneumonia.  I’ve told him, as long as he holds his breath when he’s standing near it he’ll be alright, probably.”

Perhaps being a landlord is not all it’s cracked up to be.  Landlordlady Shaz Fisher believes her Hounslow tenants have been mis-using her roof.  “They say that some roof tiles fell off during a storm and now rainwater is leaking into the fuse box in the hallway. I say they have clearly failed to maintain the roof properly and have caused the tiles to fall off due to carelessness. I’m going to have to put their rent up to cover the repair bill.”

Jasper Maitland of The Landlord’s Advice Bureau UK says that landlords should consider evicting tenants who tell them that something needs fixing.  “They’re just troublemakers who will bleed you dry financially”, says Maitland.  “Kick them out and keep their deposit. You’ll need that deposit when you book your skiing holiday in Val d’Isere to get over the upset of having the little hooligans trying to extort money from you.”

Parents with questionable morals who use their children to make a political point are putting them at risk of serious boredom, says a leading child psychologist.

Bringing small children on a march to enhance your own sense of self-righteous family unity, particularly in front of TV news crews, is a pointless exercise that will only serve to indoctrinate your child into your narrow-minded politics and bore them rigid.  Says Dr. Wendy Mendoza, “A noisy, angry demonstration is no place for a child. Parents seem to think that their chosen movement will gain a groundswell of support from onlookers moved to tears at the sight of an innocent 6-year old juxtaposed against a dystopian nightmare of an imagined future. But everyone watching knows that these parents are just being selfish twats.”

Continues Mendoza, “Your kids are not, as you believe, fervent supporters of your ideals. They’re just going along with it because it’s fun to shout slogans at passers-by whilst waving a banner they helped you make.  Once they’ve seen you being verbally abused by strangers and their legs ache, the novelty will wear off surprisingly quickly.” 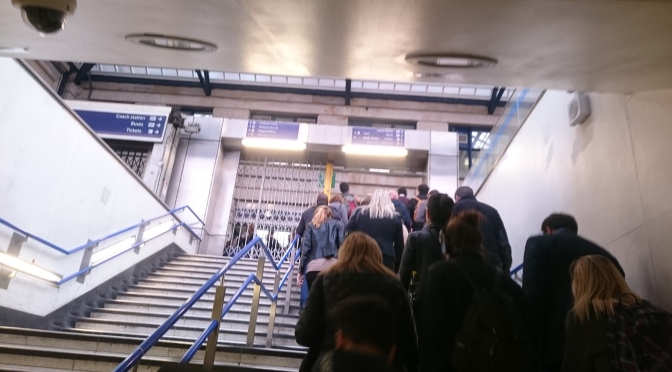 It’s a scenario most Londoners will be all too familiar with.  Evening rush hour at one of the UK’s busiest tube stations, and our reporter Lilian Hepworth is watching as hundreds of exhausted commuters desperate to get home and start drinking are being corralled like cattle up half a staircase, while the other half has been inexplicably cordoned off.

Passenger Raj Patel sums up the situation. “We’re being kettled through a gap the size of an airing cupboard, all because some TFL team leader has decided that a staircase that was built only a few years ago is too spacious for us to use. He’s even stood at the top of the stairs to make sure we don’t make any attempt to ease the chaos he has created. The little prick.”

Our reporter attempted to obtain a comment from team leader Wayne Fiveways, but was told to move on because we were blocking his view of the sea of angry faces. Instead,  an anonymous TFL employee, who wished to remain anonymous, explained. “We spend, on average, an hour a day placing barriers across thoroughfares for no reason whatsoever. We are even incentivized for how much square footage we can needlessly remove from use.” 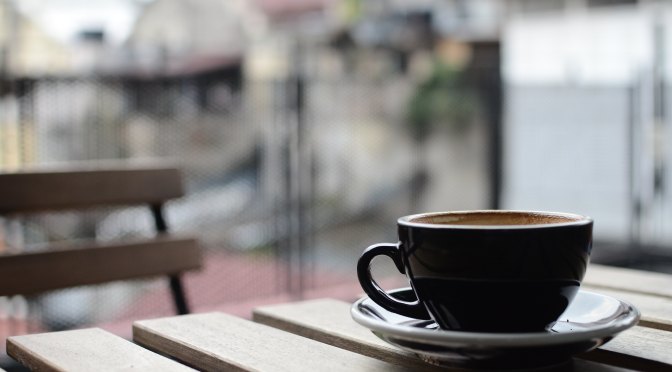 Office managers who order stationery, catering supplies and printing requisites for the nations’ workplaces admit that the huge number of units that have to be purchased at a time are bloody useless.

We spoke to Billy Tilling, an office manager from somewhere up north, who told us “2 years ago I ordered a bag of 2,000 teabags which we aren’t even halfway through yet.  There’s only 3 of us in this office and Janet doesn’t drink tea, so me and Ian have been drinking tea that is basically hot brown water for months.  I’d go to the supermarket and get something nice in boxes of 80, but we don’t have Capex clearance for it.”

Adds Janet Keebleton, who does the post, “The self-adhesive envelopes lost their self-adhesiveness over a year ago because Billy had to order a box of a thousand and I only send out invoices once a week.  I have to use Pritt Stick to stick the flaps shut.  But we had to order 30 Pritt Sticks in 2004 and they’ve turned into a sort of latex flubber.”

Concerns about the chronic shortage of Carrara marble have led to prices for the precious material rocketing, it has emerged.  The shortage is being caused mainly by middle-class homeowners who want it for their kitchen and bathroom work surfaces.  According to the Italian Marble and Granite Federation, based in Milan, so much Carrara has been quarried out of the ground over the last 30 years that beautiful landscapes in Tuscany are turning into permanently scarred wastelands.

Federation spokesman Gianluigi Falanghini told us in Italian, which we translated using Google Translate, “12 months of stone digging has disappeared a mountain.  That mountain was people’s local pride and a big landmark, now the maps to be re-drawn to be true to landscape.”

Hampstead resident Georgina Trayger, whose kitchen re-fit was delayed due to the lack of affordable Carrara, says “I don’t give a shit about some disappearing mountain in Italy.  I want Carrara for my kitchen and I refuse to pay over the odds.  Luckily my kitchen fitter has managed to find a slab at a stone depot just off the North Circular. It’s still expensive but at least it’s nicer than the marble that was in here before.  The veining was a bit too dark and didn’t match my tea-towels.”

Kitchen fitter Ken Babcock is puzzled by his client’s exacting standards. “The marble we just ripped out of her kitchen was lovely, I don’t know why she didn’t like it. Anyway, I’ll probably make some coffee table tops out of it and sell them on e-Bay.”

However Falanghini is worried. “Our local mountain ski resort became great big hole in ground so is now boating lake.”