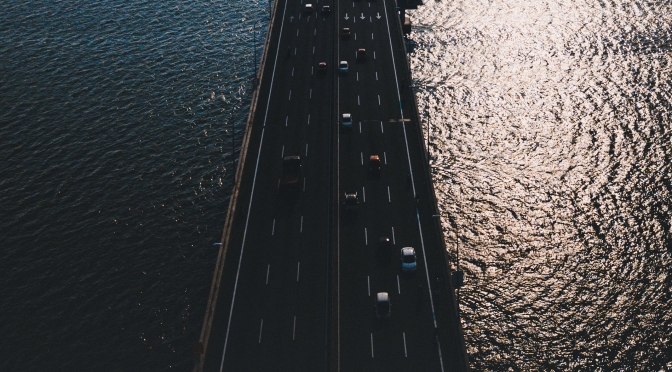 All plastic will eventually end up in the Pacific Ocean regardless of how you dispose of it, scientists have found, and much of it will stay there for centuries.  This may sound like bad news for the environment, but an award-winning architecture firm based in North Korea have reportedly begun construction on a huge pontoon-like structure across the Pacific to North America.

According to a source, North Korea’s leader Kim Jong-un, rubber stamped plans to start building the bridge in 2017.  Aerial photographs taken from the International Space Station show a vast dump of plastic detritus is being corralled into bridge-like structure in the centre of the ocean, which is steadily growing in both directions towards North Korea and California. The bridge could be completed in less than a decade, say experts.

Speculation on the motives behind the project have been rife.  Invasion of the US mainland by North Korea’s army is the most favoured explanation, particularly in light of Kim Jong-un’ having run out of nuclear weapons due to over-testing.

Reports that the plastic building materials are being supplemented with domestic waste sent to landfill sites in China by Western countries have been confirmed by waste analysts.  Target amounts have now been reached, leading China to refuse to accept any more of our crap for the foreseeable future.